Good morning, my friends.
♥
We had SO much fun this weekend! This morning finds me with tired feet from walking so much, sore smile muscles from smiling so much, and a happy heart from playing and laughing and loving so much. 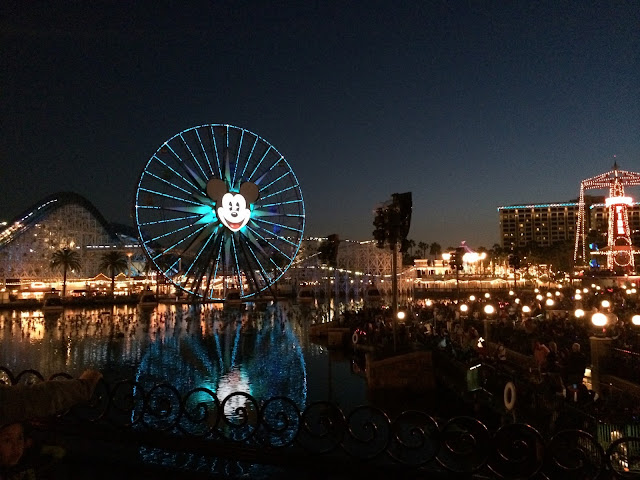 It had been over 20 years since Doug or I had been to Disneyland. Carrie has been asking begging us to take her to Disneyland since we've been a family (12 years now) and this year she convinced us to take a vacation there for her birthday. She's such a smart girl, that one. 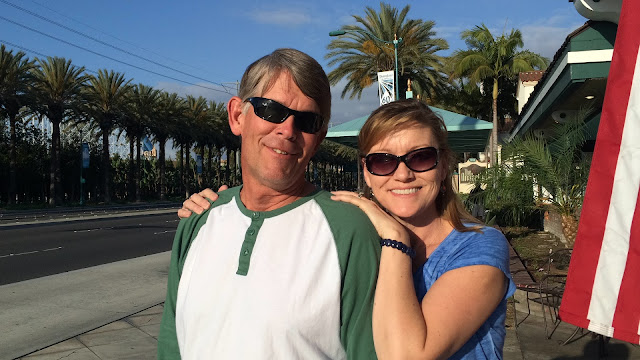 We drove to northern California on Friday and spent a few hours in California Adventure, and then Saturday morning we hit Disneyland. The weather was absolutely perfect, and for the most part the crowds weren't all that bad (until later in the day/evening). 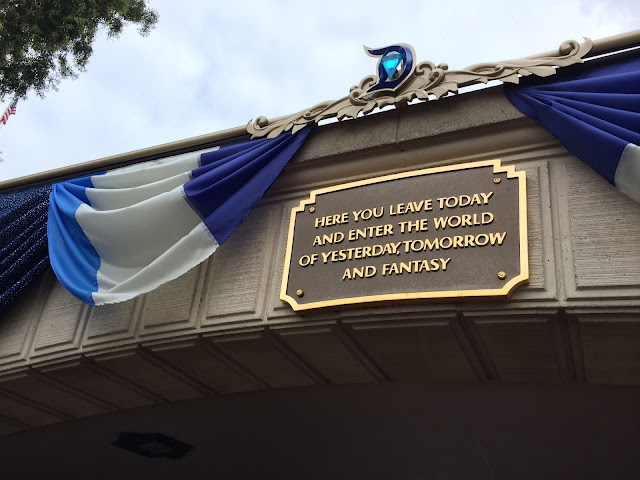 I'd forgotten how much I love Disneyland. Or maybe I love it even more now that I've been there with three adults(-ish) and no toddler to accommodate. We had the best time! 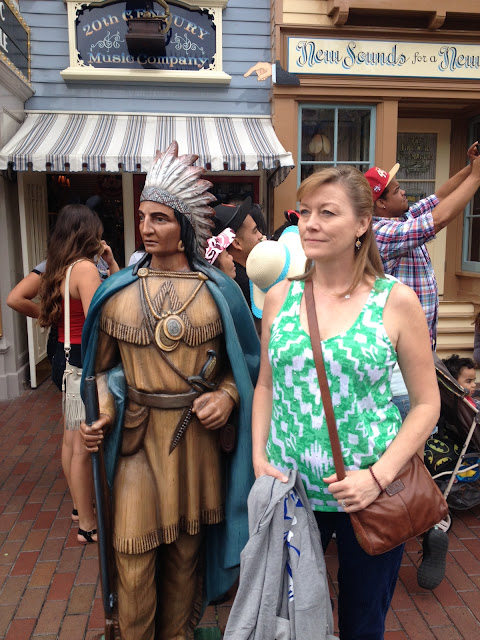 This is Disneyland's 60th year anniversary! The park was decked out in sparkly diamond decorations, and the electrical light parade is "bigger and better than ever" except that I didn't see that part. Too many people by that time of the day, but I did catch a glimpse of a few floats over the top of the crowd of people. Carrie and her beau stayed late enough to catch the second showing and she said it was fantastic! 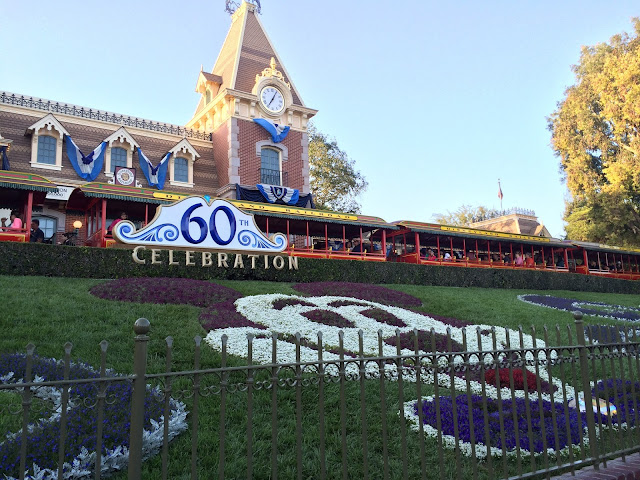 So yeah, Carrie has a boyfriend ♥, and when we invited him to join us at the last minute (Friday night) he moved mountains to make it happen. He drove from Arizona that morning and met Carrie at Disneyland's gate and the four of us had the best time. By the end of the day we all agreed that it was the most fun any of us have ever had in Disneyland. :o) 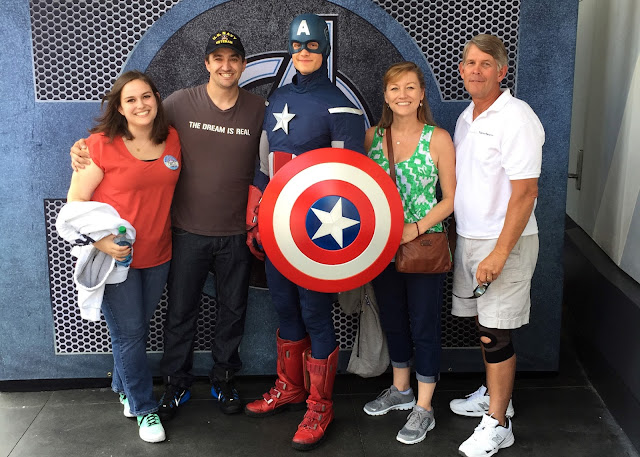 We rode a whole bunch of rides, including the Buzz Lightyear ride where you shoot little laser guns at targets. Carrie and Andrew beat our combined score by 100 points...because everything is a competition, you know. ;o) 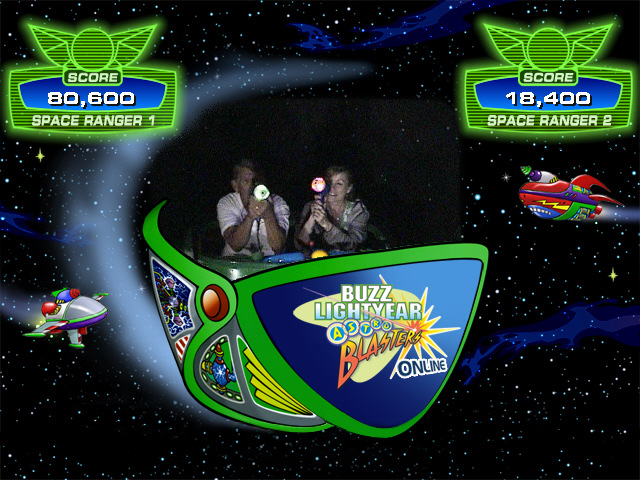 All day long I kept seeing little kids with these really cool battery operated bubble guns. I wanted one! So on our way out of the park we braved another long line and purchased one as a souvenir. It lights up and shoots out lots of bubbles and came at a time when I was so tired I couldn't take one more step. Totally perked me up for the walk back to our hotel. :o)!!! 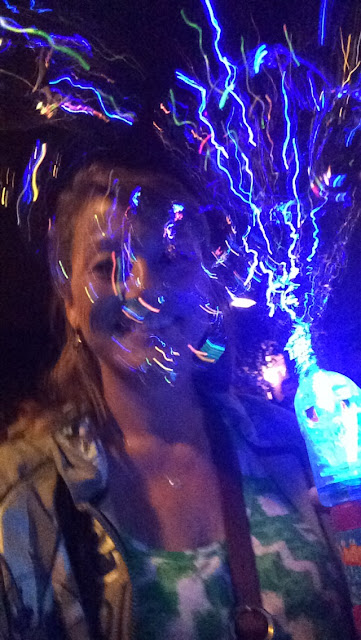 ~sigh~ Awesome, awesome, AWESOME weekend. I really should have prepared this blog post last night, but I fell asleep on the couch at 7:30 p.m. At some point I made it to bed and woke up at 2:00 a.m. fully clothed, on top of the bedspread, with my contacts still in. Sheesh. I was tired! Deliciously tired.

What a fantastic way to celebrate a birthday! This post brought back fond memories of my only trip to Disneyland--with five adults. We had a blast!

That sound like a great way to spend a birthday weekend - I bet Disneyland feels totally different seeing it with adults rather than kids! You must be exhausted though, I hope they are gentle with you at work today!


This post put such a big smile on my face!
I was traveling on work this weekend (and drawing mandalas - I made four total!)
Rinda

Love this post!!
We enjoyed the Toy Story shot-em-up-laser-ride in Florida in 2013 ... the most competitive over the scores? The two dads and the 16-year-old cousin!

Love that wanted a bubble gun, and waited for one - super photo! I have never been to Disneyland; you all look very happy! Hoping the glow lasts through the tiredness and into the rest of the week :).

Wow! Sounds like a fantastic weekend! Glad that you all enjoyed it so much :)

It all sounds so much fun! I love that bubble gun thing!

That looks like so much fun. I'm hoping to take my boys one day.

We're heading to Disneyworld next weekend for our family vacation. We can't wait! It's our favorite vacation---so much for everyone! We have a new husband and a new boyfriend in the family. The joke has been that we are pretty intense when it comes to Disney and whether they can keep up or not!!